March 20, 2018, I round of the intellectual-creative game “Brain ring for economics” was held on the basis of the specialized school №139 with in-depth study of mathematics in Kyiv.

In competitions among schools of Kyiv, pupils of 9-11 grades took part in the teams:

Teams of the participants were evaluated by a jury consisting of:

The team “Economic miracle” of the specialized school № 139 with in-depth study of mathematics has won.

The second place was taken by the team of “Tatar Financiers” (School No. 139).

The third place was distributed between the teams “Bitcoin” (school № 61) and “Spectre” (secondary school number 24).

All members of teams and collectives of schools were awarded diplomas and gifts from the Academy.

Students of the Academy took active part in the preparation and holding of the cultural and creative event: Radislav Klekkovin (sound engineer), Anton Mitusov and Tetyana Fursik. 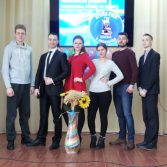 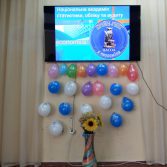 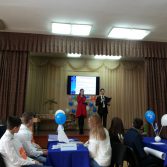 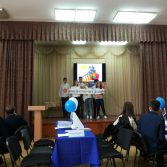 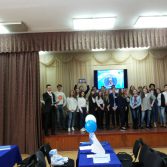 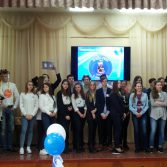 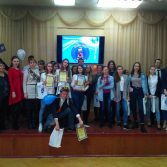 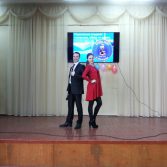