The National Academy of Statistics, Accounting and Audit, within the framework of vocational guidance work among Ukrainian students, in particular the city of Chihirin, Cherkasy region, conducted the creative and intellectual game, Brain ring on Economics. The purpose of the cultural-creative event is to search, support and develop gifted student youth and its career-oriented orientation.

The teams of city schools (students of grades 9-11) took part in the game:

The graduates of the Academy were juries in the Brain Ring on Economics intellectual and creative game: Irina Vasheka – Deputy Head of the NASAA Training and Methodology Department, Andriy Synyakov – Postgraduate Student, Deputy Head of the Professional Assistance Department of NASAA.

Teams demonstrated their skills, artistry, witty in the pursuit of creative tasks of various levels of complexity, prepared by the Academy’s representatives.

According to the results of three rounds the victory reached the women’s national team “90-60-90”.

With a small break from the winners, II place was taken by the team “NBU” Not Broke Ukrainians, the third place was occupied by the team” Profflash “.

The winning team won the Brain-Ring Economics Cup and a trip to the second round of the game “The Wisest”, which will be held on April 17, 2018 in the city of Kiev, in the National Academy of Statistics, Accounting and Audit. 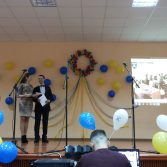 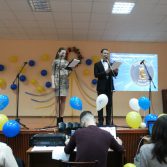 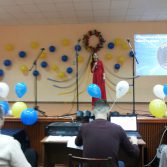 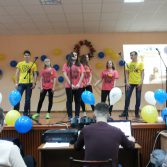 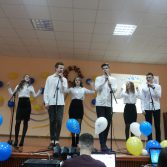 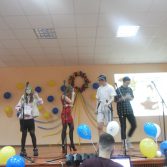 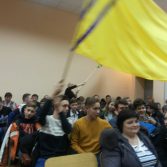 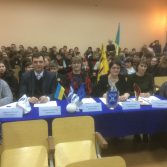 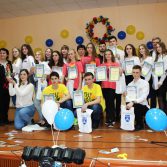