On December 2, 2016, at the National Academy of Statistics, Accounting and Audit, the XIV International scientific and practical conference took place on the topic of “The system of state statistics in Ukraine: Current State, Problems and Prospects”. The conference was attended by domestic and foreign scientists and.

The conference was also attended by Chairman of the Interstate Statistical Committee of CIS V.L. Sokolin who shared his many years of experience in the field of statistics, and so did the director of the Center for research and innovation statistics State Statistics Committee of Azerbaijan Khahani Mamedov.

The discussion on the development of national statistics, Ukraine, problems and prospects of statistical education and science was participated by the Professor of the Department of Statistics and Demography of Kiev National University of Taras Shevchenko, Doctor of Economics, N.V. Kovtun, Deputy Director of the Institute of Demography and Social Research of M.V. Ptukha of NAS of Ukraine, Doctor of Economics, Senior Researcher A.M. Hladun, Head of Statistics, Accounting and Economic Informatics

The conference was held in the form of plenary and breakout sessions. Delegates have also visited an exhibition of creative works of teachers and students devoted to the Day of the workers of statistics of Ukraine. 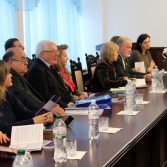 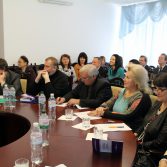 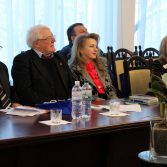 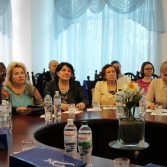 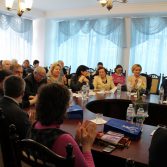 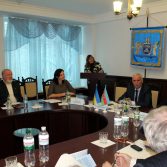 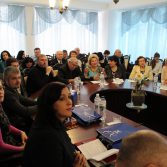 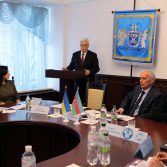 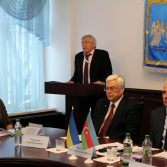 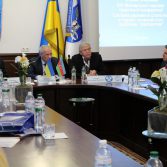 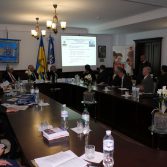 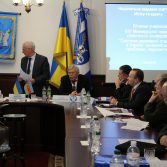