April 23 is a special date for all connoisseurs of the poetic word – the Day of Remembrance of the great poet, playwright, screenwriter and actor William Shakespeare.

On April 27, 2021, Shakespeare’s readings were held at NASAA, organized by the Department of Foreign Languages ​​and the “English Club” student scientific group.

Participants and guests of the event immersed themselves in the reign of Elizabeth I Tudor – a time when the Great Master lived and worked.

First-year students of the Faculty of Finance and Economics Alina Savoshchenko and Lilia Tymoschuk prepared a presentation about the life and career of the poet.

Shakespeare’s readings are a great opportunity to demonstrate your abilities not only in a foreign language, but also to prove yourselves as actors. Each performer managed to convey to the audience the depth of the poet’s words and the sincerity of feelings through emotional and expressive reading.

In the west there was a sublime, friendly atmosphere, created by the poetic word of the Grand Master.

P.S. The photo shows the only life portrait of William Shakespeare.

On March 9, 2009, the only life portrait of William Shakespeare was unveiled in Britain.

The portrait was presented to the public by the Shakespeare Birthplace trust in Stratford-upon-Avon.

The work, dated 1610 – six years before Shakespeare’s death – has been owned by the Cobbs family for over 300 years. However, they did not realize the importance of this painting until someone in the family saw a copy of the portrait at one of the exhibitions in London. Examination confirmed that the Cobbs family owned the original.

Until now, all known images of Shakespeare have been drawn from memory after his death. 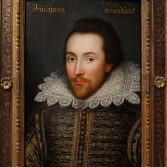 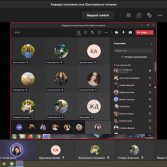 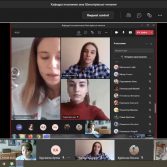 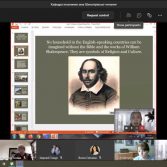 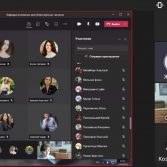 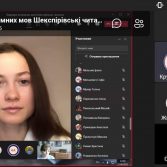 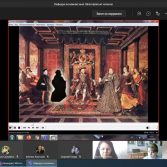 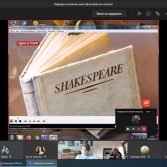 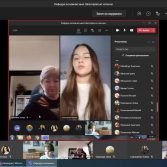 The head of the circle, I.V. Stogniy