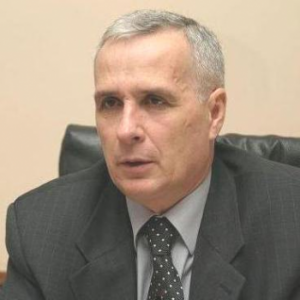 Oleksandr Hryhorovych Osaulenko is a DSc. in Public Administration, Professor, Corresponding Member of NAS of Ukraine in “Statistics” Honored Economist of Ukraine.

Oleksandr Hryhorovych was born on the 2nd of January 1951 in Cherkasy region. He got higher education in Kyiv Institute of National Economy of D.S. Korotchenko (now – Kyiv National Economic University of Vadym Hetman) by the specialty “Organization of mechanized processing of economic information”, which graduated in 1974.

Osaulenko Oleksandr Hryhorovych is recognized in Ukraine and abroad as an expert in the field of statistics and public administration. He developed the theoretical basis for the creation of an effective management system for development and operation of state statistics in modern conditions, methodical recommendations for improving strategic and current planning, management of statistical activities, are offered appropriate forms and methods of organization of this process, what became the basis for reforming the national state statistics according to international standards.

Oleksandr Hryhorovych is the author of about 200 scientific papers, including more than 20 monographs and textbooks. His research results became the theoretical and methodological basis for the preparation of long-term programs for development of national statistics and improving of statistical support management at national and regional levels and received practical implementation in a number of legislative and other normative legal acts. He has supervised 6 doctoral and lots of PHD’s thesises.

For many years of fruitful activity, high professionalism, large personal contribution to the development of national statistics Oleksandr Hryhorovych is awarded by:

Oleksandr Osaulenko’s achievements are recognized by the international community. He was the official representative of Ukraine in the ОUN Statistical Commission, the ОUN Commission on Population and Development, presided at the Council of heads of statistical offices of CIS countries, three times was elected as a member of the Bureau of the Conference of European Statisticians.

As part of the study of the educational component