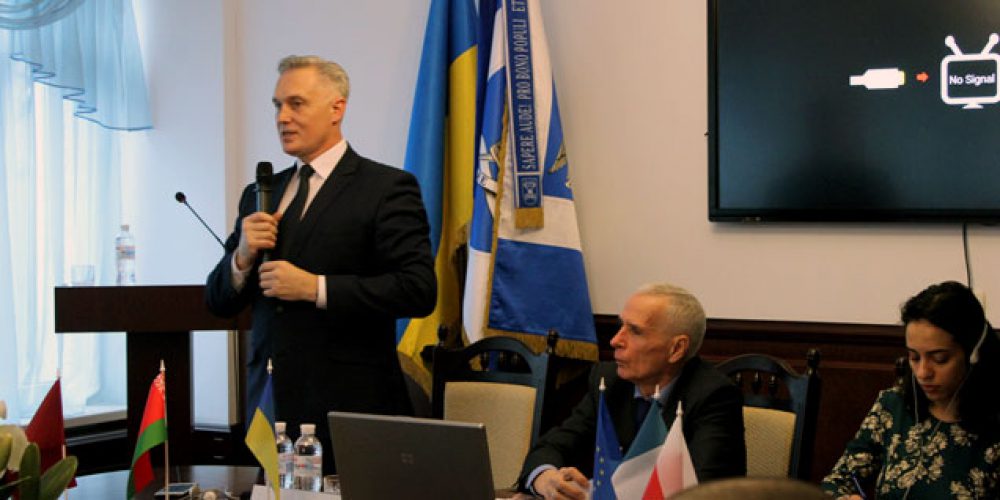 On December 5, 2017, the National Academy of Statistics, Accounting and Audit hosted the XV International Scientific and Practical Conference on the Day of Statistics Workers “Comparative Statistical Studies of the Development of Socio-Economic Systems”.

Scientists and practitioners from Ukraine and foreign countries – France, the Kingdom of Morocco, Poland, the USA and Belarus – took part in the Conference. More than 100 authors published their reports in the conference proceedings.

The Chairman of the State Statistics Service of Ukraine, the candidate of technical sciences
I. Werner made a welcoming speech. The President of the Association of Moroccan graduates of higher educational institutions of the former USSR, “Amluis”, of the Kingdom of Morocco, Faquiri Mohamed, also joined in congratulations.

December 6, 2017 representatives of the National Institute of Statistics and Applied Economics of the Kingdom of Morocco: Skalli Ahmed and Badaoui Fadoua, Association of Moroccan graduates of the higher educational institutions of the former USSR Amluis of the Kingdom of
Morocco: Faquiri Mohamed and Hassan El Mardi, representatives of the National Academy of Statistics, Accounting and Audit: Vice-Rector of the National Academy of Statistics, Accounting and Audit, L. Momotiuk, Dean of the Financial and Economic Faculty V. Parkhomenko and Head of the International Relations Department, A. Zhurauliou, have attended the final workshop of the project “The use of multiple research methods on the example of comprehensive research trips” organized by the Statistical Office of the Carpathians region (Poland) in the premises of the State Statistics Service of Ukraine. The seminar discussed issues of improving the statistical information system in Ukraine in the context of monitoring phenomena in the border areas. 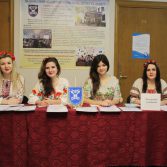 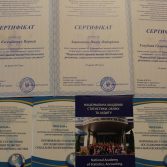 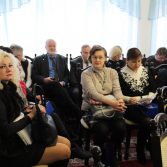 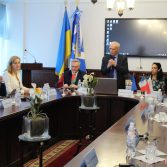 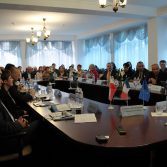 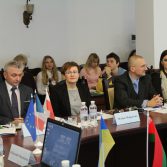 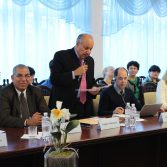 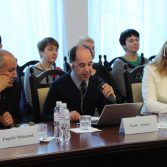 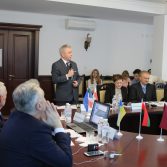 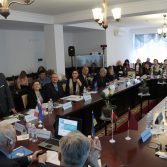 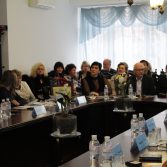 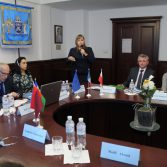 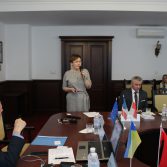 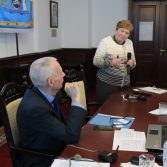 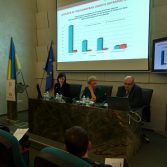 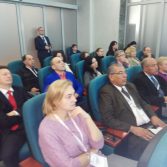 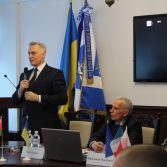